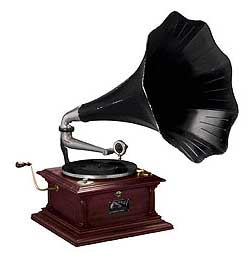 Music! It’s that stuff that pours into your earholes from out of your (hahaha, remember RADIOS) digital music computer doodad… that contraption you’ve got clipped to your fashionable, like, satchel thing… whatever… you know what I’m talking about. Or maybe all your music is in a cloud somewhere. Music chip implanted in your brain? I don’t understand how anything works.

Look, we’re going to talk about the music that I experienced in 2014. And we’ll be doing so via a bunch of mini-lists, because the thought of combining everything into a big Top 10 or Top 20 list makes me very, very tired. And I’m tired enough already, you guys.  My iVinyl songtunes app won’t synch up with my sonic Bluetooth cochlear graft!!! I can’t even!!! That’s a thing kids say, right? RIGHT??? I’M GOING TO HASHTAG EVERYTHING JUST TO BE SURE.

“Team” by Lorde – This song is like getting drunk on a weird Thursday at 2am with a bunch of really cool people that you’ve only known for a couple of weeks, so they’re still exciting. “Team” manages to whip up almost a mystical feel, but super-modern; I imagine this is the kind of thing that Stevie Nix would turn out if she was currently 17 and into synthesizers.

“Pompeii” by Bastille – If I had to sum of this song in a single word, that word would be, “Triumphant.” Listening to “Pompeii” makes me want to triumph over something. I don’t know WHAT, specifically, I would like to triumph over, but still… this song makes me long for a non-specific triumph, where I’d thrust my clenched fists into the air right at the “but when you close your eeeyees” part. I feel like that would be really satisfying.

“All About That Bass” by Meghan Trainor – If you could use a wizard’s spell to turn a wad of strawberry Hubba Bubba into a song, this is what you would get. Now, I will grant you that the marrying of a sort of old timey-ish voice with modern pop isn’t a new idea.. nor is this the best ever example of that trend (Amy Winehouse would be the queen of that particular retro castle). However, “All About That Bass” is fun as shit, so whatever. Plus, when you see the song title written out, it’s mildly entertaining to pretend she’s talking about her love for a certain kind of fish.

“Fancy” by Iggy Azalea & Charli XCX – There’s some kind of iffy racial stuff with this song… she’s essentially doing “black voice,” which is not cool… but, you know, the video was a whole, awesome Clueless homage. So… we’re going to say it’s okay to like this song…? Because it JAMS? Look, I’m not sure where I’m supposed to stand on Iggy Azalea, so I have to listen to my heart. My heart is telling me that this song makes my pants want to get up and dance. So there’s that.

“Shake It Off” by Taylor Swift – When Taylor Swift is president in like 2045, we’ll look back at the release of “Shake It Off” as the moment when everyone in America suddenly realized… hey… Taylor Swift is actually pretty great. Those first stirrings of goodwill will snowball until, eventually, we the people decide that it would probably be in all of our best interests if she just ran everything for a while. I feel like her Vice President will be her cat.

“Fireball” by Pitbull – I do not get why Pitbull is popular. He looks like a Miami dad, and he exclusively puts out songs that sound like they were specifically designed to be shitty ringtones.  And yet he’s super famous, and I work in a deli. The world, once again, fails to make sense. Anyway, I would rather be killed by an actual fireball, Backdraft-style, than ever hear this song again.

“Animals” by Maroon 5 – Everything about Adam Levine is gross… I imagine that he always smells like American Spirits, some kind of hair wax, and cheap lube… but this song, which is LITERALLY about hunting and killing women, is really just too much. Listening to “Animals” makes me want to apologize to everybody on behalf of my gender.

“Battleships” by Daughtry – The whole song is an extended, tortured metaphor about how a relationship is like two battleships fighting. That sounds stupid enough on its own, but then there’s the part in the song’s chorus when he goes “boom BOOM boom… boom BOOM boom.” HE’S BEING THE CANNONS ON THE BATTLESHIP. Sometimes, the onamonapias work in your favor, and sometimes they’re the hill upon which you die. Ugh, I can’t believe I phone-voted for you when you were on American Idol, Chris Daughtry. How the… not mighty, exactly… how the mediocre have fallen.

“Uptown Funk” by Bruno Mars & Mark Ronson – You could tell me this was a track that was accidentally cut from Prince’s “Dirty Mind” album due to a grievous production error, and I’d totally believe it. By the way,  I do an excellent car dance to this song that really impresses the other drivers and lets them know I’m a cool guy who is very hip to the popular musics of today. My car dance has shoulder wiggles AND head bobs. It’s pretty awesome. This song is more awesome, though.

2 Songs from 2014 That I Hated At First, Then Totally Loved

“The Man” by Aloe Blacc – I hated it because it was in every MLB promo for every baseball game that existed in 2014, and that kind of repetition is just brutal. But then baseball season ended, and I heard it context-free on the radio, and it made think… you know what… maybe this song is about how I’M the man, I’m the man, I’m the man. So I love it now. Because I’m THE MAN.

“Chandelier by Sia” – This is song is gorgeous and inspires within in me soaring emotions, and… for some reason, I hated it the first time I heard it. Some things are just too beautiful to be appreciated at first glance. Anyway, “Chandelier” makes me want to survive some kind of huge ordeal, then describe the experience via the medium of interpretive dance.

3 Artists/Bands That I Rediscovered in 2014

Carole King – That lady sure could beat the shit out of a piano. Listen to “Tapestry,” if you’re okay with taking the time to glue your heart back together afterwards.

Crooked Fingers -They’re kind of the postscript to the band Archers of Loaf, who weren’t even a really huge deal back when they had some hipster, record store cache. So this is the small band that came from a slightly larger small band. And man… they’re just weird and great and like the soundtrack to my life, if I were a little bit cooler. Listen to this song, then go listen to the entire album that it’s from.

Paul Simon – That I ever forgot about Paul Simon is shameful. Thankfully, the movie Obvious Child came along and reminded me of what a bad, Paul Simon-shunning person I had become. Mandatory Paul Simon listenings should be written into The Constitution. I’ll have to get a petition going that calls for said change; something that I can present to President Swift at a Town Hall meeting or some such.

Virginia Hummelsmith & The Best Band That Could Be Assembled Via Craigslist

Ed Sheeren (but not the one you’re thinking of)